Humans are an inventive race. We tend to invent gadgets, methods or devices to aid us in our day-to-day life. Inventions fall in two types of category, the successful and the failure. So why do some of these inventions end up bad or considered as the worst inventions in history? Some may have been made without its inventor taking into account on how the invention may end up impractical in the long term.

Some are created for a specific task that really doesn’t need help from the invention. Others are just plain bad since their inventor never think things through. Here are some of the worst inventions ever made. We can hope that their original inventors or other inventors learned from these mistakes.

Airships are a type of aircraft that is lighter than air and is capable of navigating through the air using its own power. The blimp is one type of airship that utilizes kite and barrage balloons to move. Said balloons are filled with helium or hydrogen. So why is it considered one of the worst inventions? It is due to its hydrogen payload. Hydrogen is cheaper and more readily available, but it is also flammable. The ill-fated Hindenburg was a blimp using hydrogen and on Thursday, May 6 1937 it caught fire as it attempted to dock at New Jersey, USA. The Hindenburg disaster clearly showed that a hydrogen blimp is a very bad idea.

If you have heard of Smell-O-Vision the first time then you will scratching your head wondering what kind of device this is. Actually you do know that it concerns smell, but for what purpose that involves smelling? Well believe it or not it is for giving moviegoers a “smell” of the movie being shown. Weird, right? The Smell-O-Vision is a system that releases an odor during the showing of a film in theaters. This way the movie viewers can “smell” the action in a movie. When the movie Scent of Mystery was released in 1960 it was accompanied by the Smell-O-Vision which released 30 odors. Things however went wrong for the system. The problems that happened were these:

Needless to say the Smell-O-Vision is one of the worst inventions created. A Time magazine reader survey listed it in the “Top 100 Worst Ideas of All Time” list.

Judging from the name you’d think that this flying car is something straight out from a science fiction. There actually was a flying car and the reason that you don’t see thing like this today is because this flying car is one of the worst inventions that was invented.
The inventor was Henry Smolinski who was a graduate of the Northrop Institute of Technology’s school of aeronautical engineering. Imagine a Ford Pinto mated to the Cessna Skymaster’s rear portion and you get a prototype Mizar Flying Car. The car only underwent two test flights and it was on the second test flight that its inventor Henry Smolinski and Harold Blake (who was an associate of Henry) was killed. This was a tragic way of saying that the Mizar Flying Car is a failure.

One hazard that aviators face when their aircraft suffers a failure or trouble is the crash of the aircraft. To remedy that problem an aviator must have a parachute nearby or have one strapped on their back. But what if the parachute was wearable? Would this make parachuting more effective? This is what Austrian-born French inventor, tailor and parachuting pioneer Franz Reichelt intended to do. Admittedly Franz Reichelt has the best of intentions when he came up with this invention, but unfortunately it was impractical. His initial tests using dummies that are dropped from the fifth floor of a building (specifically his apartment building) was a success. Reichelt then petitioned (repeatedly) the Parisian Prefecture of Police to use the Eiffel Tower as platform to test his parachute jacket which was granted eventually. Instead of using a dummy he would wear the parachute jacket himself. Unfortunately his test ended in tragedy as his parachute failed to deploy as he jumped from the Tower’s first platform causing him to crash into the icy ground.

Watch the Video of Franz Reichelt Jump in Eiffel Tower 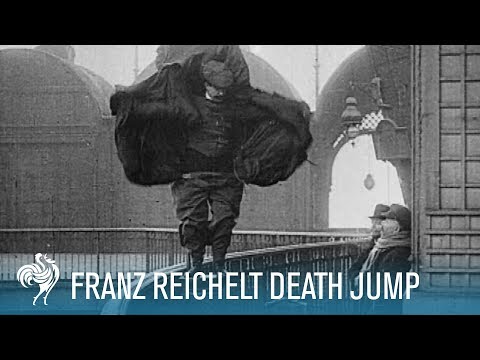 These are just some the worst inventions that people came up with and actually made. Just because an invention was poorly made or thought doesn’t mean that the rest of the inventors should stop inventing. If anything these failures should serve as guide to inventing better things.