Call them nerds or brainy guys one thing is undeniable; they are the people that recent history has recorded as having very high IQs. These are the geniuses, the intelligent, and the brains who understand concepts that the rest of us can’t even begin to comprehend fully.

Being one of the people with the highest IQ recorded in our recent history means that only their peers who are as intelligent as they can relate to them and vice versa. This is the price they must pay for having a high intelligence and IQ. Nevertheless, they use their brains for the good of all.

IQ level: 194
Nationality: Russian and formerly a citizen of the Soviet Union

No other chess players have come close to the skill of Garry Kasparov, who is undeniably the greatest grandmaster of chess of all time that has given him celebrity status in his country. He managed the feat of ranking as the number 1 player of chess for 225 months out of 228 months. This feat has not been replicated by any other grand chess-masters to date. He is best known for challenging IBM’s Deep Blue computer AI in a chess game and his political activism against Russia’s Prime Minister Vladimir Putin has placed him in the Western world’s notice. He now serves with the Human Rights Foundation board after his retirement.

The most interesting and unique of all the people who have the highest IQ recorded for posterity. At age six he was already learning to speak and learned languages like Japanese, German, English, Korean and others when he was three years old. He managed to memorize 2000 German and English words, write poetry in the Korean and Chinese language and had written two books about poems and essays. He used to work at the US National Aeronautics and Space Administration or NASA and now he’s a teacher in South Korea. The man has chosen to live simple in spite of his intellect.

Considered to be the youngest American to win the International Physics Olympiad gold medal in 1996 at the age of 13. Then at age 14 he entered Caltech and eventually earned a degree in PnD Physics at 22 in Princeton. Not a bad career for someone young. Now he’s an astrophysics teacher at Caltech at age 31.

Terence Tao is Chinese in ethnicity, but he’s citizenship is Australian since his parents gave birth to him that country when they emigrated from Hong Kong. Australia is proud to claim this former child prodigy as one of their own. His specialty is in complex mathematical fields such as additive combinatorics, harmonic analysis and others. This person who is one of the highest IQ recorded in our recent history is currently a teacher at University of California.

Technically the exact level of his IQ is unknown. Experts put his IQ level within the range 250 and 300. So what is the basis so such a high IQ? According to experts, him studying mathematics at age 11 in Harvard, teaching students older himself and rising rapidly through the educational system of his day is one of the indicators of his IQ level. Sadly he suffered socially and was unable to have close friends due to his rapid rise since his peers are below him in terms of intelligence level. After a stint in sanatorium, he stepped away from mathematics and academics to have a (relatively) normal life.

That’s the five geniuses who have the highest IQ recorded in recent history. We can idolize them and are beyond us ordinary mortals, but remember they’re still human like us. 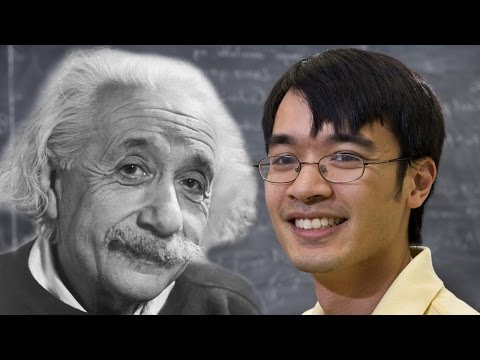